So the events are all just about over and it's been very exciting! I was commissioned to make a replica of the 105th Napoleonic standard for the 200th anniversary commemorations of the battle of Waterloo. Teaming up with my sister, and talented embroiderer, Caroline Homfray, we recreated this standard captured from Napoleon on 18th June 1815. Caroline was lucky enough to see the original and take some notes! This was then carried, along with a replica of the 45th, by post chaise from the battle field at Waterloo and presented to HRH Princess Anne at the East India Club in London (the place it was brought to back in 1815) by two superb re-enactors playing Majoy Henry Percy and Commander James White. The standards have travelled to 19 events over three countires and will be permanently placed in the Waterloo room of the East India Club. 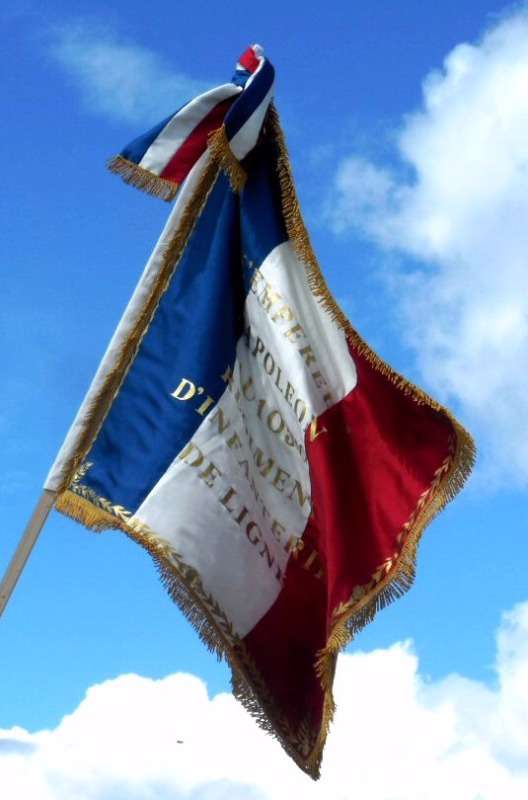 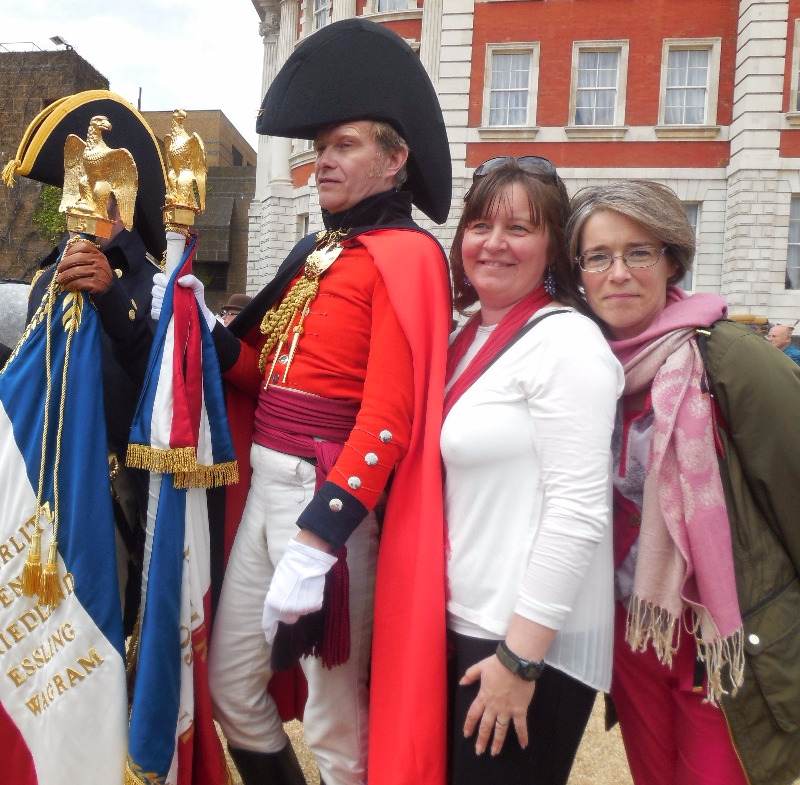