The celebrations continue, with the 200th anniversary of the birth of Charles Dickens. Living in Rochester, it was impossible to avoid the activities so we headed down to Rochester castle for the festival parade of Dickens characters and marching bands.

There were hundreds of people dressed up, some more authentically than others! I'll let you decide which are which. Each set of characters were from a different Dickens novel. Lets start with some down and outs! 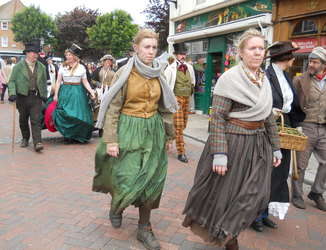 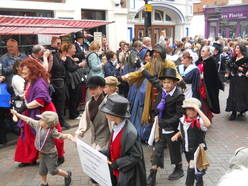 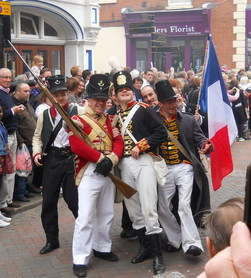 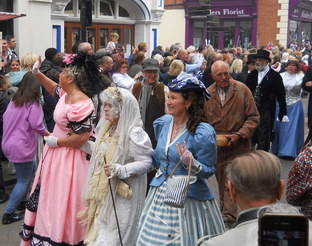 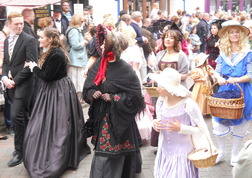 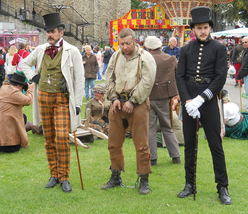 Dickens Characters in front of Rochester Castle with authentic fairground in the background! 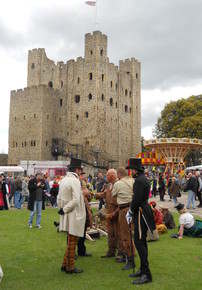 The parade over, the characters paraded in front of the Mayor and the great great grandson of Charles Dickens himself, Gerald Dickens (3rd from left) 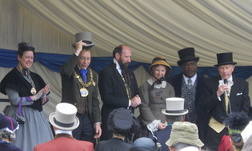